Yesterday I did the Red Hat EX374 exam, which allows becoming Red Hat Certified Specialist in Developing Automation with Ansible Automation Platform. This exam is my sixth Ansible exam/certification, so the question is always, how is this similar or different from the others? This exam is one of the furthest ones from the others since it focuses on Ansible Automation Platform 2 instead of Ansible Core or Ansible Tower. This change was welcomed since AAP has many more moving parts and features compared to previous products.

A couple of years back, I wrote a blogpost on obtaining the previous Job ID in Ansible Tower workflow. Now, let’s go further and create another module to obtain the output of such a job. Before moving further, I want to specify that I talk about Ansible Tower since this is the most known name for this software, but I could also be talking about AWX or Ansible Controller since those are the same codebase.

Late last year, I’ve read that a new Ansible-related exam was available: the Red Hat Certified Specialist in Services Management and Automation exam (EX358). I’ve taken and passed this exam at the end of January. It was the first time I did a Red Hat exam that was brand new and without having the possibility of finding online some opinions around it. Some people have reported for other exams that when new exams are launched, the scoring has issues.

In my pursuit of the Red Hat Certified Architect (RHCA) certification, I’ve taken the Red Hat Certified Specialist in Advanced automation: Ansible best practices exam (EX447). As for the other Ansible Exams, you can always consult the Ansible documentation available offline in the exam system. Different from the Red Hat Certified Engineer exam (EX294), this exam also includes Ansible Tower as a topic, so be sure to have good knowledge of it as well!

At the beginning of this month, I took the EX294 exam, which allowed me to obtain the Red Hat Certified Engineer (RHCE) certification. It was the first time I attempted the RHCE exam, but I prepared myself in the past for the EX300 exam, the exam that allowed you to obtain the RHCE certification in the RHEL7 time, but never got around to do the exam. Compared to what I had to study for the EX300, I found the EX294 program way more sensible.

Ansible enables you to automate software provisioning, configuration management, and application roll-outs, and can be used as a deployment and orchestration tool. While Ansible provides simple yet powerful features to automate multi-layer environments using agentless communication, it can also solve other critical IT challenges, such as ensuring continuous integration and continuous deployment (CI/CD) with zero downtime. In this book, you’ll work with Ansible 2.9 and learn to solve complex issues quickly with the help of task-oriented scenarios. 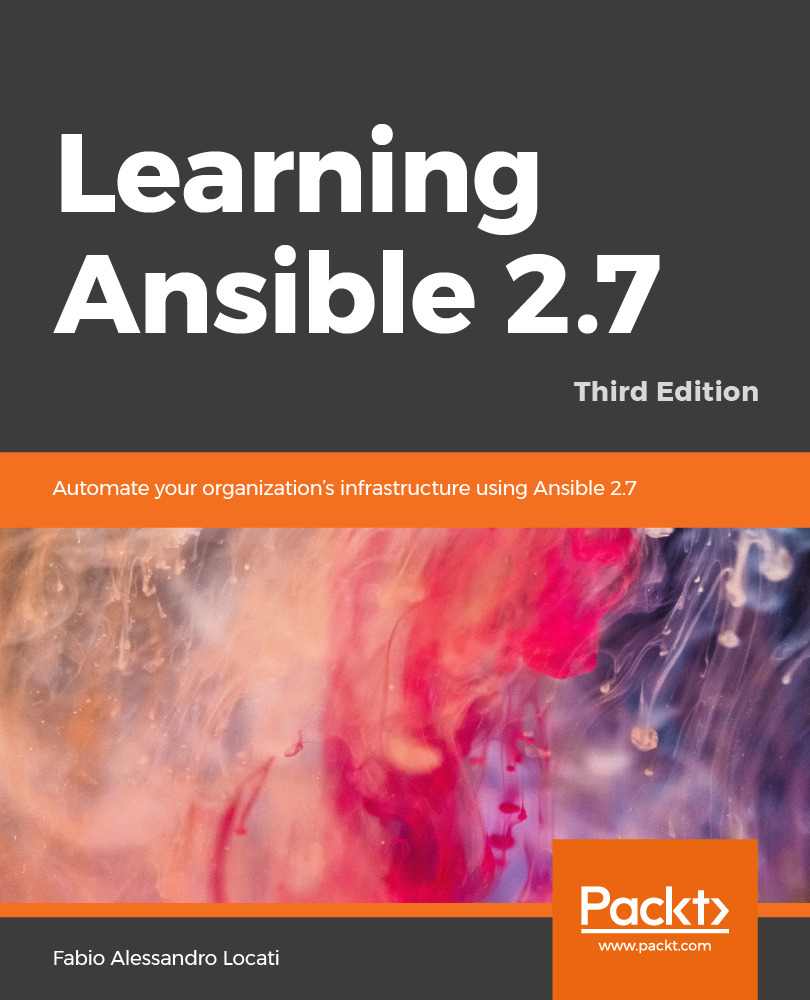 Ansible is an open source automation platform that assists organizations with tasks such as application deployment, orchestration, and task automation. With the release of Ansible 2.7, even complex tasks can be handled much more easily than before. Learning Ansible 2.7 will help you take your first steps toward understanding the fundamentals and practical aspects of Ansible by introducing you to topics such as playbooks, modules, and installation of Linux, Berkeley Software Distribution (BSD), and Windows Support.

One of the big advantages that Ansible Tower and AWX (the open source and upstream version of Ansible Tower) bring to the table is the Role Base Access Control (RBAC). This will allow you to select which users (or teams) will be able to see which objects in Ansible Tower as well as which jobs they will be able to run. Obviously to leverage the RBAC, you will have to have personal accounts for every user of your platform.

In October 2015, Red Hat bought Ansible Inc. As far as I know, in the acquisition, two close source components got acquired by Red Hat: Ansible Tower and Ansible Galaxy. Since the day of the acquisition, Red Hat has been very clear on the fact that those two components would have become open source at a certain point, even if there was not a public date or timeline yet. Making a codebase open source is not always easy and quick process.