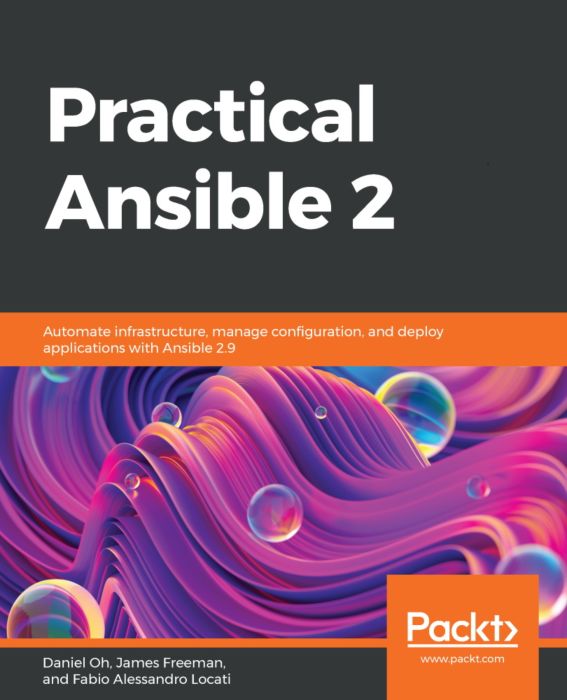 Ansible enables you to automate software provisioning, configuration management, and application roll-outs, and can be used as a deployment and orchestration tool. While Ansible provides simple yet powerful features to automate multi-layer environments using agentless communication, it can also solve other critical IT challenges, such as ensuring continuous integration and continuous deployment (CI/CD) with zero downtime.

In this book, you’ll work with Ansible 2.9 and learn to solve complex issues quickly with the help of task-oriented scenarios. You’ll start by installing and configuring Ansible on Linux and macOS to automate monotonous and repetitive IT tasks and get to grips with concepts such as playbooks, inventories, and network modules. As you progress, you’ll gain insight into the YAML syntax and learn how to port between Ansible versions. In addition to this, you’ll also understand how Ansible enables you to orchestrate multi-layer environments such as networks, containers, and the cloud.

By the end of this Ansible book, you’ll be well - versed in writing playbooks and other related Ansible code to overcome just about all of your IT challenges, from infrastructure-as-code provisioning to application deployments, and even handling the mundane day-to-day maintenance tasks that take up so much valuable time.

What You Will Learn

Buy it on Packt Buy it on Amazon